The Virtual Museum will reunite some of the collection from the former Worksop Museum in virtual form, with opportunities for local people to add their favourites.

It will launch in October 2021 and you can experience its virtual galleries and exhibitions for yourself – here and during a visit to the Heritage Hub.

The objects on display in the Virtual Museum will be chosen by our Volunteer Curators. The Volunteer Curators will then support the local community make their own contributions through events, projects and activities. The Virtual Museum will be an important part of the newly created Heritage Hub at the Old Library and Museum building when it reopens.

This page will showcase ten star objects from the collection, curated and voted for by you.

An object being prepared for display in the Virtual Museum 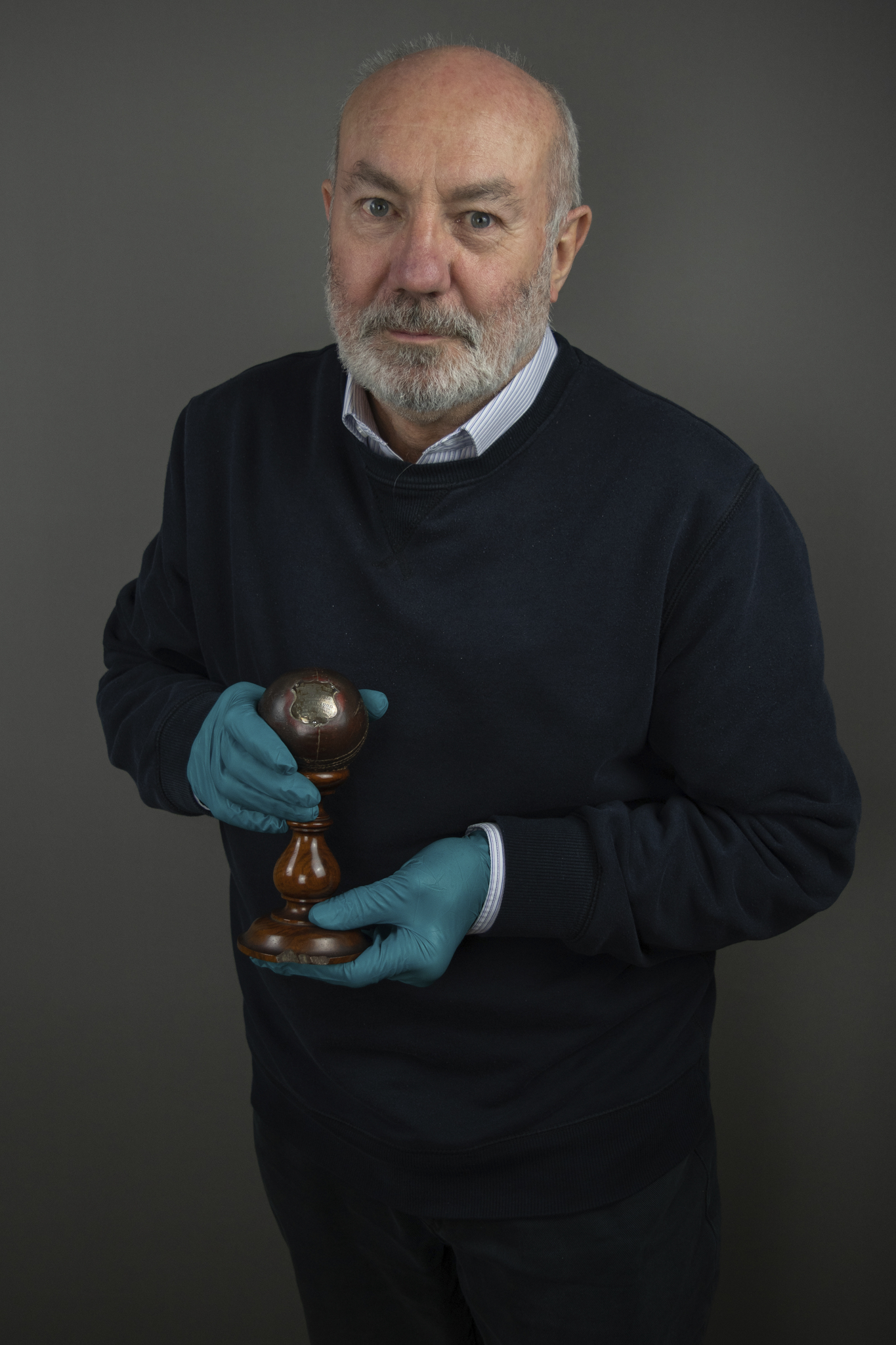 A great opportunity to share an object once displayed at Worksop Museum and one of my favourites. On the face of it, it’s a cricket ball mounted on a stand, but this ball represents the changing face of cricket.

It’s from the 1928 Test Series, presented to Harold Larwood after he took 6 wickets for 32 runs. Larwood was a first class bowler for Nottinghamshire and England. He had a fast and accurate delivery which helped secure victory for England in 1928. At the same time, Don Bradman bloomed as an Australian batsman, scoring 974 runs in 5 Tests to enable Australia to take the Ashes in 1930. The tactic used to beat Bradman – bowl fast, short and at the body – was dubbed ‘Bodyline’. It caused relations to sour between England and Australia and the laws of cricket to change.

I look forward to researching and displaying other objects from Bassetlaw Museum and showing them to a wider audience. I enjoy learning new skills and look forward to the challenge of developing virtual displays.